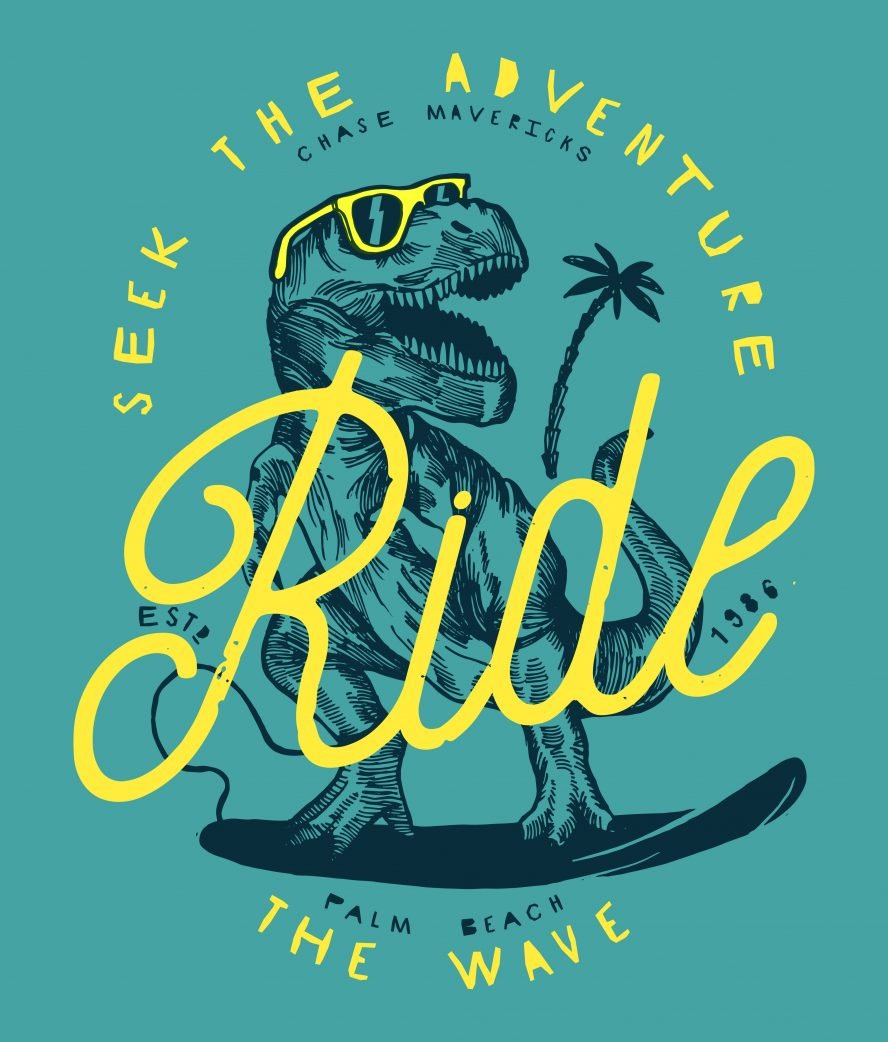 It is 2:00 AM in the Ariake district of Tokyo, Japan. Yet in the dark, sleepy hours of the night, there is a lot of activity. A warehouse and a huge logistics center are humming with activity; a delivery truck is being unloaded; bar codes are being scanned; and products are disappearing in a dimly lit warehouse, where they are stored and packed, made ready for distribution to Uniqlo’s 900 stores in Japan. Speed and accuracy are paramount within this new “fast retailing” process; a concept to keep logistics and distribution costs to a minimum through automation and speed. Uniqlo is a fast-growing international apparel retailer with more than 2,000 outlets worldwide and an $81 billion market capitalization.

Within the warehouse, the most labor-intensive activity is folding Uniqlo’s T-shirts. Folding T-shirts nicely is a very complicated process, we all know this from experience, right? Until now, we thought this process could not be automated because of the intricate synchronized action of vision and muscle, a sequence of actions that is difficult to translate into an algorithm let alone have a robot delicate enough to handle the process for real. But recent developments in Artificial Intelligence (AI), fast real-time computing power, improved dexterity of robot “hands” and 3D-robot-vision have made robot-folding a reality.

Workflow automation of Uniqlo’s warehouse was not only paramount to drive production costs down and stay competitive but also out of necessity due to lack of available labor in Japan. The available workforce in Japan is shrinking very fast due to its greying demographics and low birthrate: one person out of five in the Japanese workforce is currently older than 65 and this ratio will worsen fast. Uniqlo’s Ariake warehouse used to employ 600 people. Now, with the help of workflow automation, it has doubled the output and employs 60. If Uniqlo had not gone through the digital transformation it would probably have to shut down its operations.

Uniqlo is not alone. Tom Siebel, in his recent book “Digital Transformation”, talks about the confluence of four major forces: cloud computing, big data, AI, and the Internet of Things (IoT). He expects these forces will very likely cause a mass extinction event among many industries. Tom compares the current digital transformation to an evolutionary punctuation. There were five on earth as we know it, whereby the majority of living species went extinct but at the same time giving room for an explosion of new species. Believe me, we would not be walking around with almost 8 billion fellow humans if the T-Rex and their related meat-eating dinosaur families did not die out in the Cretaceous-Tertiary extinction. During that time 75% of all plants and animals went extinct. But for us humans the last evolutionary punctuation was very opportune indeed: without it, we would most likely not exist at all.

Time will tell if we will witness a corporate evolutionary punctuation, but it sure looks like new corporate species have sprung plenty looking at the explosive growth of newborn companies. The current top ten biggest companies in the world by market capitalization include Microsoft, Alphabet, Amazon, Alibaba, Tencent, Apple, and Tesla. Tesla was founded what seems just yesterday, in 2003! Add to Tom’s list the exponential increase in dexterity and vision of machines, an urgent incentive to automate workflows due to Covid-19, a winner takes all stake and you have an explosive cocktail to disrupt almost all existing industries.

Big data is being generated by all things connected to the internet, currently mostly by the explosive growth of five billion connected smartphones. Five billion daily users produce huge amounts of data: what we search for, where we are, how we travel, what we consume, what we like, our health, and much, much, much more. Web-browsers create a massive amount of data. Google alone records 3.5 billion search requests daily.

Connected sensors in manufacturing, travel, and logistics, and all other industries record almost anything that can be measured. Self-driving cars generate and consume around 40 Terabytes of data, which is roughly the equivalent of 10,000 HD movies, for every eight hours of driving. It should not be a surprise that more than 90% of all data collected and stored was created in just the last 24 months and is growing exponentially. The need to store and analyze this explosive unstructured data and transform it into useful information is a huge challenge.

Yes, here it is getting interesting for investors and the companies specializing in big data analysis. The companies that can execute and facilitate digital transformation are going to be huge winners of this exploding market. Microsoft, Alphabet, Palantir, Snowflake, Baidu, Databricks, HorizonRobotics, Rubrik, Uipath, and C3.ai are just a few names in the race for market share and dominance. The winner in this space will undoubtedly be one of the largest companies by market capitalization five to ten years from now. You just watch.

You see, writing predictive algorithms has become a lot easier because of new software languages and the huge amounts of data available, eliminating most statistical anomalies. Making informed decisions from unstructured data pulled from different sources and presenting this in a way that facilitates forward-looking business decisions will mostly be offered as software as a service (SaaS). Everybody looking to improve productivity, health, decision-making, or wanting detailed market information will have to get involved. Well, if you ask me, that must be all businesses, all governments and everybody else, right?

Data used in the right way i.e. stripped of unique privacy data points, cleaned up from erroneous inputs and anomalies, and ethically checked, surely will be beneficial for an incredible amount of applications, of which healthcare is the most obvious one. Five billion smartphone users can give you an awful lot of (health) data, which in turn will help connect symptoms to diseases or complications much more accurately and much faster. Google’s DeepMind AI can already predict breast cancer better than radiologists, according to an article in Nature. It also is better at spotting eye diseases, and its progress in other fields is accelerating fast.

However, most of us are still under the impression that our human minds, on average, are far superior to computers. But everything is relative: our minds react to impulses with an average speed of 120 meters/ second, while the speed of light travels at 300 million meters/ second over fiber optic cable, 2.5 million times faster. In comparison, we human beings are moving in super-slow motion, even compared to Einstein’s brain or Bolt’s feet. Bolt’s world champion time is measured in hundredths of seconds (0.01), while an electronic (flash) trade on the public markets only requires 0.0000001 of a second, a million times faster than Bolt’s photofinishing timeframe. In other words, if you intend to win, get help from a machine!

Our minds need time to process, evaluate, and make decisions; get tired, lose focus, and, if multiple minds are involved, require significant effort to make them all fall in line with a decision and implement it. All our decision-making processes are mixed with the heavy baggage of emotional biases, easily influenced by outside impulses, and are therefore likely to end up with suboptimal decision-making and outcomes. It will therefore come as no surprise that workflow automation and digital transformation will result in radical improvements in productivity and decision making as long as we can code commonsense ethics into the process as well.

Radical productivity growth at the hands of digital transformation might well be the most overlooked engine of sustained cash flow growth and a higher return on capital invested in the markets today. Yes, ultra-low and negative interest rates, huge Central bank, and Government stimuli are no doubt the main reasons behind the rise of all asset prices in general. But there is little doubt in my mind that the fourth revolution is playing an exponential part in the sustained rising of company assets. A rise that is there to stay despite negative forces on asset prices like possible higher interest rates in the future. So yeah, companies who facilitate digital transformation, and companies who embrace it are probably the sweet spot you want to be in with your long-term investments. Many companies, especially newer tech ones as well as the largest companies seem to thrive whilst most others, mainly established older, small, and mid-size non-disruptive companies suffer often to the point of filing for chapter 11. Understanding the force behind this sustained growth might be a differential winner for any investor out there.

Where does it leave us looking forward with Wall Street at its highest level due to optimistic narratives and Main Street in the doldrums of Covid-19 with many businesses on life support?

A long-term investor sometimes pays a seemingly high price for an asset. But over time your initial price paid will not have much impact on your performance as long as the companies are the winners you predicted them to be. This is where even the smartest AI algorithms are, for the time being, still failing due to a lack of big data. However, a seasoned wealth manager with excellent predictive analytical skills, based on experience and guestimate statistics and a bit of luck often can still make a significant difference. Unfortunately, finding such a wealth manager and having the patience to see the results of long-term investments is something no algorithm or 4th revolution can provide. So, my question to you is: do you have what it takes to ride this wave?