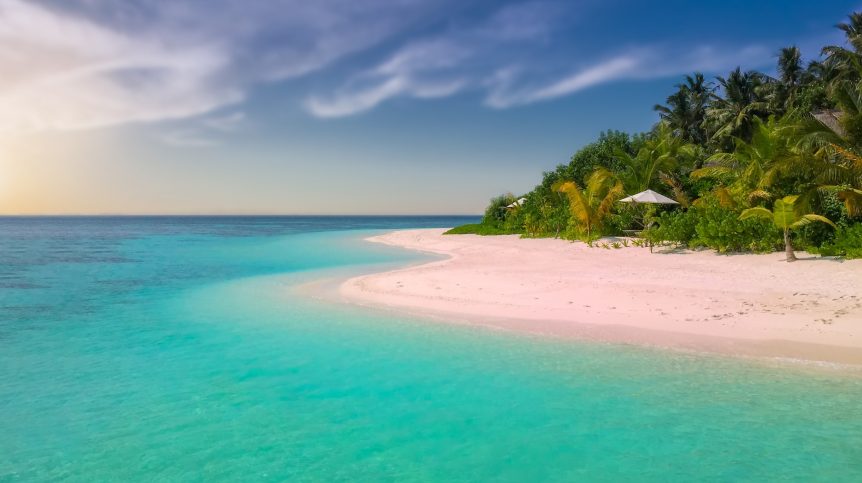 By some estimates, the total number of human beings that have ever lived is about 110 billion, of which approximately 7% are alive today. The world population keeps growing every year, so, statistically, you might say more humans have a chance of being at the right place at the right time than at any given time before, right?

Yes and, uh, no. Statistics and big numbers have a powerful way of suggesting the wrong answer. Just because more people play the lottery certainly does not mean your chance to win increases; only the total amount the winner will take away increases. That is of course unless we change the rules of the game itself.

So, what does it take to be at the right time at the right place? Where are we and what is our timing? How will we be able to benefit financially?

It is three in the morning: my alarm is letting me know it is time to rise and get ready for another long day ahead. I cannot afford to live close to work, because real estate there is as obtainable as intergalactic travel, so I commute almost two hours each way. The long commute is all I can afford for now and I hope for better times. I work for one of the startup companies riding the new industrial revolution. The company is close to its suppliers, has great access to all places and the area has a large supply of highly skilled workers, which makes its location very important.

We work 12-hour days, seven days a week without as much as a coffee break. Vacation is not a word we use and most of us get away from work a single day per year. Demand for our product is exploding and we can hardly keep up with our production numbers. It is very exciting, but this startup will not make me rich: most of its success is out of my hands and I don’t own any shares. It seems all the shares are locked up and in the hands of the owners and a few investors. We will see where it goes. For now, it pays the bills. I live in Pittsburgh, Pennsylvania.

The year is 1870 and one of the founders/owners of my startup company goes by the name of Andrew Carnegie. You might have heard of him. Andrew saw a huge opportunity while working for the railroads, expanding tracks West and South from Philadelphia, Pennsylvania. Rail tracks and bridges were needed in great numbers all the way to the West Coast. A new, much more efficient process to make a stronger iron had just been invented by Henry Bessemer in the United Kingdom and Andrew Carnegie saw an enormous opportunity in making this new iron called steel from Pittsburgh, Pennsylvania, close to the iron ore mines and rivers for easy transport.

But, the most important factor in deciding to start this business was a law adopted in 1870 supported by the Republican Party, which had the presidency and a majority in Congress. The law was a $28 tariff on imported steel, basically taking out the British competition in one stroke. The tariff was upheld for a good 30 years. You may or may not favor laws like this one, but it is beside the point: it was a Ka-Ching moment for Andrew and the other eight steel companies in the United States. They essentially got a license to print cash for themselves. Their timing was right.

The rest is history. Andrew Carnegie went on to become one of the wealthiest men ever… only to give it all back to Society. The thinking behind his philanthropy was that he had been given a huge opportunity, largely by the good fortune of being at the right time and the right place.

Of course, there is more to it than only showing up and being lucky. What is the defining difference between the worker and Andrew Carnegie? If you look at the details, it is clear that Andrew Carnegie was hugely prepared to be this lucky and took significant financial risks to execute an opportunity. Nothing is so clear as hindsight.

Andrew’s steel company could have stumbled numerous times. His venture started a mere 5 years after the civil war ended and only a few months after the first Black Friday on the New York Stock Exchange, September 24, 1869. A few wealthy gold speculators had tried to corner the market in gold with dramatic results. The New York Stock Exchange was mainly trading in railway companies and plummeted when gold dropped and loans were called in. Just three years in business another huge depression was caused by another crash on the NYSE (crash of 1873) following the bankruptcy of a major financial institution in New York City (Jay Cooke and Company). Overproduction and deflation were rampant; some railroad companies were defaulting on their debt and rail expansion was dramatically curtailed. More than 10,000 businesses went bankrupt in the next three years.

By 1893 many railroads were operating at bankrupt levels due to too much expansion combined with too much debt. American equity and bonds both were crashing and subsequently took down more than 500 banks. Debt and leverage, again and again, were the first to bring the system down resulting in a panic. Andrew Carnegie was “lucky” to always carry little of both; according to him, one of the main reasons he and his companies survived all the downturns and crashes.

Stop for a second and think about it: it all sounds very familiar, right? I know 1870 seems a long time ago, but it really is not! You see, we are now living in a new industrial revolution: the digital revolution. A few companies are taking all the winnings like the steel companies did some 150 years ago. The likes of Google, Facebook, Amazon, Alibaba, Baidu have grown fast into massive powerhouses. They withstand downturns and market crashes (already a few for Google and Facebook) because they have zero leverage on their balance sheets and operate in almost monopolistic markets.

Where does it leave us: did we miss the proverbial train? Are we too late or at the wrong place? Are we the worker in Pittsburgh in 1870 or are we the owner or founder of a new company in the midst of an industrial revolution?

We can be either and still win in today’s world. Place matters as much as yesterday. Today the places are digital and developed Asia. The digital revolution is ongoing and will last for quite a while. Furthermore, we know that 60% of the world population lives in Asia. China has currently 1.4 billion consumers, India 1.3 billion versus 350 million in the USA and 500 million in Europe. It looks like consumer growth is and will be, for quite a while, the largest in developed Asia.

Opportunity tends to favor the prepared mind. The time is now. Prepare yourself, be ready to take significant risk and be patient, you might get lucky. In the meantime, acknowledge the enormous wealth generation of the winning companies that ride a new revolutionary wave or huge consumer growth.

Invest for the long ride in-spite of all the short-term setbacks we encounter. We all can win.