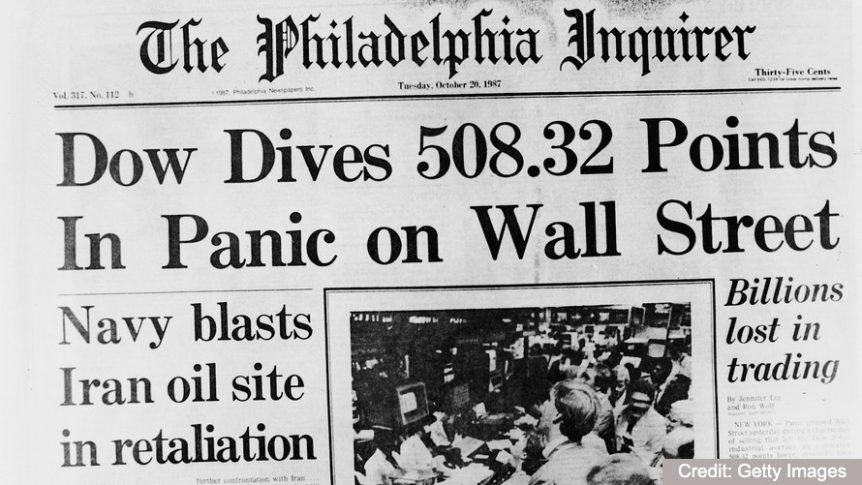 The dead outnumber the living fourteen to one. Yes, this amounts to something like 100 billion people against 7.5 billion. And yet, we ignore the accumulated experience of such a large majority of humanity at our own peril. Since the development of the spoken word, the invention of the printing machine and “lately” of the Internet, you could argue that there is no excuse for large mistakes to be repeated because they are all “recorded” and their lessons “available”. Therefore, we should all be able to make reasonably informed decisions, which is, in and of itself, a major force in driving our societies forward an onward: learning from past mistakes never to be repeated again, right?

Yes, yes, leave it to humanity, no worries; we will take care of it…

If you are like me, you like to be in control of your life. This perception of control causes great happiness, much-needed stability, and reduced stress. The “look at me, without hands” kind of thing, you know what I’m saying… but Oh boy, do I get upset when my life is being troubled by events out of my control. In other words, I am forced to acknowledge that my control was just an illusion. That is painful indeed.

You see, we create bubbles for ourselves and tend to resist, as well as love to ignore, outside forces that may impact our lives inside our bubble. This can have major implications, as experienced with the epic blowup of Long-Term Capital Management (LTCM), a hedge fund, which employed two Nobel Prize economists, PhD-designed trading strategies based on high returns per dollar invested, amplified by an enormous amount of leverage (30 to 1 debt to equity). Have you ever tried to leverage approximately $5 Billion of equity 30-1? This makes a total of $150 Billion, which combined with derivatives, resulted in more than a Trillion dollars in market exposure for LTCM.

LTCM’s trading strategies had an extremely low possibility of failing and its financial algorithms gave LTCM a very high degree of confidence. We know what they say: “the rest is history”. LTCM simply became historic data; the 1998 financial crisis in Southeast Asia was amplified by Russia devaluating its currency and stopping payments on its debt. This spurred a fright-flight to safety and increased liquidity, an instrument LTCM had sold short; the illusion of control ruptured and its massive positions imploded. LTCM had to be privately bailed-out because its massive positions threatened to take down the whole financial system. Not that anything was learned, since the same scenario more or less repeated itself in 2008, a mere 10 years later. Wearing a seatbelt will not be of any help when driving off a steep cliff, and neither will ignoring history books and road signs.

Japan is located in an active seismic zone, which makes it prone to earthquakes and tsunamis. Japan experienced multiple earthquakes of a magnitude greater than 8 on the scale of Richter and a few in combination with very destructive tsunamis. The most devastating quakes happened in the years 869, 1896 and in 1933, for the Sanriku earthquakes. The largest tsunami ever recorded in Japan was in 1741 and was estimated to be 250 feet or 76 meters high. This is high enough to put 80% of the statue of liberty under water.

So in 1967, when the Fukushima nuclear plant was about to be built, one would think Japan was a warned nation and that data, although only recorded from a few events, was available to make a somewhat informed decision about the building requirements for a nuclear reactor on the coast of Japan. If struck and damaged by an earthquake and a large tsunami, the consequences would be catastrophic. That much was clear, right?

The nuclear plant in Fukushima was designed and built to withstand an 8.6 earthquake on the scale of Richter. This was 0.2 points higher than the highest ever-recorded earthquake in Japan. Every 0.2 increase on the scale of Richter doubles the amount of energy involved, so Fukushima’s nuclear plant was built to withstand forces 100% stronger than the strongest recorded earthquake. It looked like a solid plan, at least on paper, at least for an earthquake…

At 14:46 on Friday 11th, March 2011 Japan experienced a 9.1 earthquake, far stronger than anything previously recorded in Japan and the fourth strongest earthquake in the world since the beginning of recorded history. But, much worse, the earthquake caused a giant tsunami, estimated to be 130 ft. high.

Earthquakes of 9.0 or higher are extremely unlikely events and had not occurred during the last 3000 years in Japan. The fact that a 9.0 or higher earthquake had never been recorded in Japan lead some scientists to forecast that it would never occur. Others had warned that an earthquake of 8 to 8.5 had a 99% chance of happening, extrapolating probability, frequency and magnitude of Japan’s earthquake history.

The nuclear plant in Fukushima was hit by a 43 ft high tsunami, dwarfing its 19ft seawall, causing major damage and flooding to the nuclear core, resulting in a level 7 nuclear accident, the worst possible level. Previously, two tsunamis in this same area had been recorded at a height of 250 feet, which should have made the designed height of the seawall or rather of the whole nuclear plant, a serious question mark. Historic data should have surely cast doubt on the decision to locate the nuclear plant so close to the sea.

Given enough time, one could have said with 99% accuracy that another devastating tsunami would hit Japan. The epicenter of the 2011 earthquake and its tsunami were almost an exact copy of the Sanriku quakes of 1933.

Earthquakes and stock markets are complex dynamic systems characterized by many small variables with changing cause and effect over time, governed by power laws.

We have learned a lot about earthquakes over the last millennia: how they form; where they are most likely to occur and what their stressors are. We collect and retain massive amounts of data and we can forecast with 99% certainty that more serious earthquakes will happen in the next ten years. However, even with all the data available to us, we have not yet identified a diagnostic precursor, meaning one or a group of data points that can predict when and where a major earthquake will occur. It remains too complicated.

We also have learned a lot about stock markets over the last millennium. Enormous amounts of data are collected and stored both on the economy and the stock markets, but we still have a relatively small amount of occurrences of big market crashes over time. This makes empirical statistical analysis difficult, let alone trying to model it. We can forecast with 99% certainty that a serious stock market crash will happen in the next ten years. However, as with earthquakes and with all the data available to us, we have not yet identified a diagnostic precursor that can predict when and where a major drawdown will occur. It remains too complicated.

We can only track meaningful stressors and increase the probability of a future negative event happening by following them closely. Stressors like stock market valuations against historic averages, interest rates, liquidity, total debt, GDP growth, and investment sentiment are all significant stressors, but not enough by themselves to be deterministic of a pending negative event.

Investment sentiment alone is a highly unpredictable variable. It is extremely hard to measure; hard to model and, once set into motion, it can become an unstoppable self-enforcing loop resulting in panic and a market crash. Simulations with so many variables, changing over time are still very crude and are inconclusive at best. Even with today’s big data and impressive computational powers, we cannot simulate all the complexities of our real world.

So what have we learned? What can we do to protect ourselves against something we know is coming, but not when? Well, we learned to focus more on the magnitude of a possible event instead of the frequency of an event. We also learned to have enough data points to make a statistical sound prediction. In the case of earthquakes and stock market crashes, this means we have to look over a very long time period.

When you are investing for the long term you are likely to encounter a market crash. That is a fact. The best thing we can do, apart from being lucky, is to build something that can withstand at the very least the shocks that have been recorded in the past. One way to do this is to purchase insurance just in case the big one hits you and upsets your controlled life.

The best of it all is to know that after every market crash there is a bull market and in the long term, a beautiful upward sloping line will appear again, compounding your wealth in a secular bull market. We can say this with 99% certainty because humanity will repeat itself over and over in spite of all the evidence. “History never repeats itself. Man always does” (Voltaire)