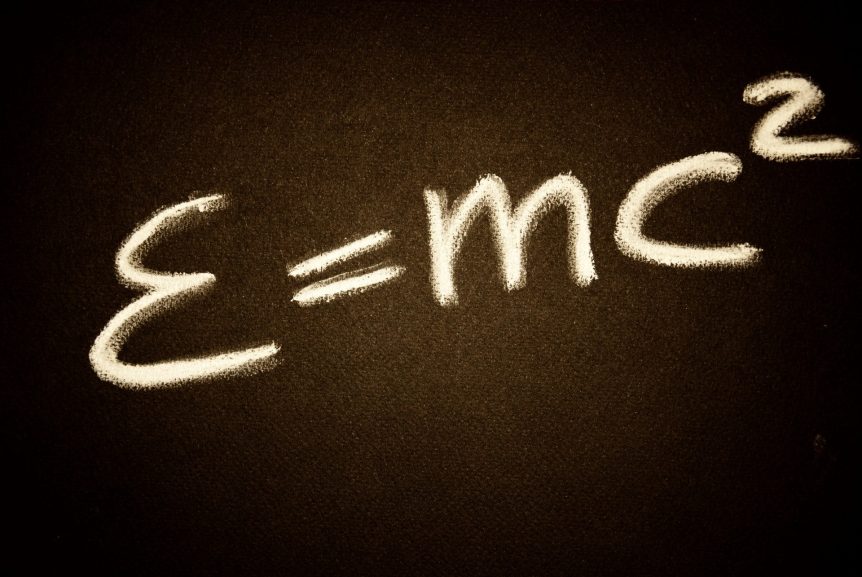 It is 10:56 PM and it is freezing, but the January night is clear and beautiful in the moonlight above the eastern seaboard of the United States. I am getting ready for my midnight mission, which is to fly a “Big Ugly Fat Fellow” otherwise known as a B-52 or Stratofortress with a crew of eight and two MK-39 thermonuclear bombs. This will be a 25-hour non-stop patrol flight from Seymour Johnson Air Force Base in Goldsboro, N.C. We are part of operation Chrome Dome, an operation aimed at keeping nuclear bombs in the air at all times, in order to strike in the event of an attack. The MK-39s are 11-feet-long, 6,750-pound bombs, with a yield equivalent to 3.8 megatons of TNT, 250 times stronger than the ones used during WW-II.

We are in the midst of a midair refueling as we get notified of a developing situation. The fuel tanker crew notices a leak in our right wing and we must abort the refueling operation immediately. We are ordered to move above the Atlantic seaboard, burn off the fuel and head home. Murphy’s law kicks in and a critical pump, needed to pump fuel from the leaking tanks, fails to work. We shut down two engines and pull out all the circuit breakers in order to prevent sparking a fire. The Big Ugly Fat Fellow is now soaked in jet-fuel, including the bombs bay; it’s starting to look pretty dicey.

We are ordered to land ASAP. But, just as we crack the 10,000-feet ceiling we hear a loud noise and the plane starts to roll left. We lose all control and I immediately order everybody to bail out. The Big Ugly Fat Fellow disintegrates in a huge ball of fire and from its belly it spews out two intact MK-39 nuclear bombs, right above North Carolina, USA. We are now all spiraling down to earth in a doomsday scenario, together with two nuclear bombs and hope our chutes deploy, including the ones on the MK-39s and that their safety switches are on… My name is Major Walter Scott. It is 12:56 AM on January 24th, 1961.

Three crewmembers perished in the crash of 1961. The two MK-39s did not explode, although one bomb’s parachute did not deploy. The bomb was armed and went through all but one of its arm sequences. A catastrophe of epic proportions was barely avoided, but this event slipped by unnoticed by the general public. This is just one of 32 reported and disclosed accidents with nuclear weapons we did not know happened or even never thought could happen (as per declassified documents released under The Freedom of Information Act). The S&P traded flat on January 24, 1961 and managed to rise 4% during the next 4 weeks of trading.

#Know what you don’t know

There is an astounding number of things to learn in life, an almost infinite number of disciplines to study and to practice. Malcolm Gladwell, in his book “Outliers”, claims it takes 10,000 hours to become an expert. Let’s say you have an expected 700,000 hours to live: we could possibly become an expert in more than a few fields. Yet, even if we don’t sleep, eat, work or play, the fast expertise out there will pass us by without us acquiring its skills. It is just impossible to know it all. You see: it would be nice to fast upload all the books and practices needed, like a scene out of The Matrix. It would save me a lot of time and I am sure one day we will get there. For now, I am stuck with my Kindle to read, learn and practice as much as I can.

I am wait-listing myself on Nectome, a company founded in 2016 by a pair of MIT Artificial Intelligence researchers, which sole purpose is to preserve your brain to keep all its memories intact: from that great chapter of your favorite book to the feeling of cold winter air, that plate of fresh gnocchi, that kiss, or having dinner with your friends and loved ones. It appears all your memories are housed in the connectome of our brain and Nectome aims to replicate this with a virtual consciousness of you. This is sort of a combination of Facebook and anti-Facebook, assuming of course you are like most people and only post your best side or the representative you on social media and that the real you in is your mind. Imagine to have learned as well as experienced much and to be able to preserve it all. Or even better, to have a peek into the memories of Albert Einstein or Sophia Loren, whichever you prefer. Well don’t get too excited, the technology was successfully tested on a rabbit and does not work yet on the vastly more complicated human brain. Never mind the fact the CEO-founder thinks it will only be possible when you actually die: a one-way transfer from real to virtual so to speak.

How does this work? Well, you see, this info and the current weather in Kabul, Afghanistan, is not of much use to me sitting on the Mediterranean coast thinking about the stock market’s performance and how to better our skills as Portfolio Managers. Focus!

#Know what you know

In the late 50’s, Jazz music entered the birth of the cool, a totally different kind of Jazz created by adding more silence and cutting away most of the band. Miles Davis was its main originator. In just a few years, the jazz music made by big bands in the 40’s was reduced to only a few people playing freely on cords with a trumpet, piano drum and a base. All the rest was deemed just noise. Nassim Taleb, a statistician focused on fat tail events, talks about Via Negativa, a way of chipping the unimportant stuff away, learning by removing parts, a bit like Michelangelo chipping away on a block of granite all the things that are not a horse in order to create a horse. Warren Buffett talks about staying within your circle of competence. It is really important to acknowledge this and stick to what you know and only to the facts that support this knowledge.

On the Thursday before black Monday, October 28, 1929, the Dow index fell 12.9% midday but recovered to only -2.9% by the end the trading day. On this day or the next day, the newspapers had nothing special to report about the market or any big news event for that matter. Reading the news then and now most likely will not give us a clue towards a big market move today or in the future. The Monday following this Thursday move, the market crashed and closed down 12.9% and became known as Black Monday. Chipping away the noise is essential to be successful in investing.

#Know what you have to know

Be like Major Walter Scott: jumping out of an airplane with two nukes following you requires a certain attitude. Be an optimist, be prepared and be lucky. It pays. Focus on the magnitude of success not on its frequency. Determine value apart from price, progress apart from activity and wealth apart from size. Be aware that many small wins are quickly undone by one large loss. Many failures say nothing about the potential to succeed; in fact they may well improve your chance to win. And it pays to win, period. But we already knew all of this, right?

In his book, Irrational Exuberance, third edition, Robert Shiller does a pretty exhausting exercise in explaining what makes the stock, bond and real estate markets tick. He investigates a lot of possibilities responsible for outperformance but finds little that holds up to become a theory. You can read this book and file it under “chipping away” whatever is not important, an imperative exercise for every investor. The main conclusions drawn from this book are obtained through Via Negativa. Robert Shiller looks at boom and bust cycles since 1929 and I can only conclude that relative value, interest rates, liquidity, return on invested capital, positive social feedback loops and growth are some very potent drivers of increased share prices over time. Trying to predict a market fall is however very elusive. Not a single group of indicators is found to be responsible for a single substantial market drop. Here, it is better to be safe than sorry and aim for a bit of insurance. We hope to have protection and be lucky when we fall out of the sky with two nuclear-armed devices dropping down next to us.

Follow your dreams. You will notice (hopefully) you hardly dream about the stock market and be happier because you don’t. Above all let’s be rational: investing is simple but not easy. Nectome here I come for my upload. See you there and please take a number.