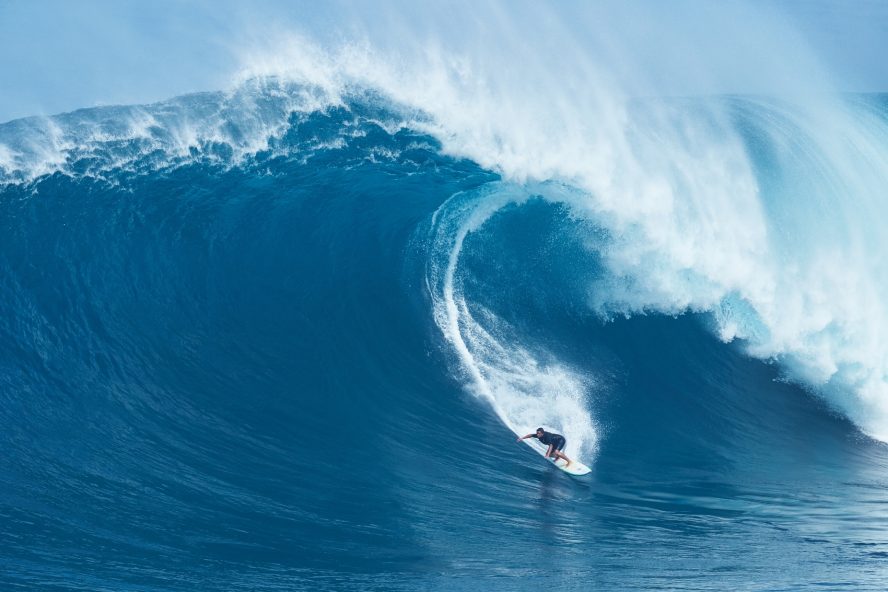 It is a windy and cold day in New York City and I am driving my cool new electric car down Broadway towards the downtown offices of J.P. Morgan where I have a meeting to discuss Investment Trust Funds, an investment vehicle that has become so popular that Goldman Sachs & Co launched a separate company, the Goldman Sachs Trading Corp, to sell an unprecedented amount of Investment Trust shares to the public. Never mind most of them are sold at a premium above Net Asset Value. An investor would be much better off buying the companies’ shares directly on the stock exchanges, but it is a more cumbersome process, so why bother. Alas, that is what the public wants, a pre-packaged, easy-to-buy group of companies stacked in a tracker called a Trust Fund. It works because the price seems to go only up and if everybody buys them, what could possibly go wrong?

My new car, a Detroit Electric roadster, built by a small start-up in Detroit, which has been making electrical cars for more than 10 years, drives so smoothly, is super silent and its curved glass windshields are so wide they invite an open view of my surroundings. Solid awesomeness man! This is so cool: no exhaust pipe and I feel like I am part of a new generation. The rest of the world will surely follow, right?

I turn into Wall Street, which is busy as ever and my mood sinks when I see the remains of a terrible Act of Terror. It happened in September across from Wall Street #23. Allegedly a group, identified as anti-capitalists/ anti-establishment fighters, blew up a bomb loaded with cast-iron balls in front of the JP Morgan headquarters. The blast killed 38 people and injured another 140. Nobody has claimed responsibility and there are hardly any leads to find the culprits. But, I am babbling – I am sure you read all the grisly details in the news, right? It is a sad time in our country, a time with so much division and polarized views resulting in so much carnage and discontent. Will it ever get better?

You see, time is a fickle experience: sometimes a minute seems like an eternity and sometimes a hundred years seems like a mere blink of an eye. It all comes down to perspective. One thing is for sure, time never stands still; time is relentless and its perpetual process is always on the move creating ever more history. But maybe the real question is: can we learn anything from this massive recording of our history? Are we getting wiser or just a bit smarter? In order to get wiser, we have to pause, read, think and process, a difficult task to do for most of us. Better get on with whatever we need to do, because you know the clock is ticking and there is so much to do…

So yes. Sorry, my mind tends to wander. Where was I? Yes, Wall Street – I am on my way to a meeting at J.P. Morgan and have to find a parking space. I think my batteries are good so I don’t need to plug them in. I even have a little time before my meeting, enough to check the stock market and to follow up with a real estate developer in Florida. A few of my clients want to invest in Florida real estate, the new new thing, really?! Everybody wants to buy into the American Riviera and real estate prices are going up and up. Huge swaths of the Everglades, low lying tropical wetlands, have been drained and transformed into cities. Crazy! There are wild stories of developers having bought swampland and filled them with sand in order to sell the lots as buildable land near the tropical sea. A huge billboard on Time Square reads: “Your dream house in Paradise. It is always June in Miami”. It sounds good when you are standing in the snow, but I tell you, a fool and his money are easily parted, caveat emptor. There is nothing like a good strong Hurricane to think twice about building your paradise in low-lying wetlands near the coast. You wait and see. But I must be wrong: everybody is buying real estate in Florida so what could possibly go wrong?

I prepared for my meeting by checking the latest developments in the markets and try to think about what lies ahead. As a wealth advisor, it is a precarious and unprecedented time: every investment class has done phenomenally well. The great bull market has been going on for a very long time and stocks, bonds, and real estate are all touching new highs.

The Fed, as if it is driving down a one-way street, has lowered its discount rate twice and even has been buying government securities in the open market, making it easy to increase liquidity and ensure the business environment keeps humming along on cheap credit. Total debt is rising fast and individual margin accounts are rising as fast as the market.

Our president has been constantly releasing positive and reassuring statements via the main media outlets sending prices even higher. Taxes have been significantly lowered and trade tariffs are plenty and high in order to protect the American industries. The economy seems to be humming along for now, although earnings growth has flattened considerably for many companies. Most analysts and financial experts on Wall Street say the good times are expected to continue and claim it is a special time. The investment public wants to be in: there is nothing worse than your friend making it in real estate, bonds or equities or trust funds or whatever, while you are not, right?

The public has been right to buy the dips. After the stock market fell sharply twice during the last years, the market came back roaring as if nothing happened. One media stock has done extremely well in this great bull market. It is the darling of Wall Street and has minted many new millionaires on its ascend. It is RCA, a high-tech company, which has an almost monopolistic lock on wireless communications. RCA’s stock soared from about $11 to a high of $114 over the last five years. That’s an appreciation of 936%. RCA never paid a cash dividend. Investors don’t care. I have to say that although RCA is a great company, with a Price/ Earnings ratio of 72x, amongst other things, its valuation looks rich. I might be wrong; everybody loves the stock and owns it, so what could possibly go wrong?

Before I go into my meeting I check my agenda one more time. Yep, confirmed. It reads Wednesday at 4 pm at the offices of J.P. Morgan October 23rd, 1929.

Okay- so I fooled you a bit, but not much – the facts are real, you can read all the details in a fun history book called “Only Yesterday” by Frederick Lewis Allen. My electric car is for real. Detroit Electric produced some of the earliest EVs and could travel about 80 miles between charges. These EVs only had a top speed of around 20 mph. Sales of Detroit Electric slid throughout the 1920s thanks to improved internal combustion engines. By the time the company finally ceased operations in 1939, it had produced around 13,000 EVs. We had to wait another 100 years to bring the EV’s back into the mainstream car market.

During the Great Bull Market, the two main company stocks that everybody was talking about were General Motors and RCA (Radio Company of America). RCA was a radio company capturing the majority of all advertising budgets in a short time because RCA had a monopoly to reach many ears in the USA, wirelessly and simultaneously: a first. General Motors, of course, was riding the massive growth of initial automobile sales in the USA, which would become a mass market.

Yes, the Federal Reserve did lower interest rates twice in 1927 and engaged in quantitative easing by buying government bonds in the market. It reversed its policy by the end of the decade by increasing the discount rate with a whopping 1.5% to stem the growth of credit and curb speculation. Yes, Investment Trust Funds were all the rage and Goldman Sachs indeed sold an unprecedented amount of shares in Trust Companies that had stakes in other Trust Funds and copied that structure several times, thus in effect creating a pyramid scheme. Yes, a bomb did go off on Wall Street in front of the J.P. Morgan building during a politically divisive time. Yes, President Coolidge (R) did make many reassuring comments about the state of the equity and bond markets, reinforcing a bullish outlook. Yes, the Florida real estate boom was real. It hit its peak after being hit by Hurricanes in 1926 and 1928, which financially devastated many developers and consequently the savings of many private investors.

Besides the role of the Federal Reserve and the easy creation of cash (debt), the mood or better, the overall psychology played a huge role in the Great Bull Market of the ’20s. The mood was overwhelmingly positive and in many cases resulted in some form of investment euphoria. Without this exuberant mindset of the investment public, great bull markets are a non-starter. The Great Bull market of the ’20s lasted five years, including two sharp corrections. During those five years (1924-1929) most share prices rose very fast to astronomical heights with a small number of companies leading the charge. The automotive and media sectors were the most significant winners during the great bull market: they were the most obvious, most visible and most talked about product/service in that era.

You see, 100 years have passed since 1920 and it seems so long ago and yet so familiarly close. You know what I mean: it is a paradox of time. We don’t change fast; we just think we do.

In my last blog, I mentioned the Valley of Regret. The Valley is a vast virtual space in your mind and a fertile ground for emotions like doubt and regret to grow into dominant negative forces. The Valley of Regret is where short-term details always seem to overwhelm the long-term focus, resulting in a bad case of myopia. Robert Frey from FQS Capital/ Renaissance Capital did some interesting backtesting over 180 years of stock market drawdowns and found that most of the time our investments will be underwater (every month the teller resets), resulting in a long trek through the Valley of Regret wishing we would/ could have done something differently. Robert Frey also concluded that market behavior, its character so to speak, has not changed over 200 years. In other words, the composition of the market might have changed (ETF’s, Index trackers, etc.), but the fundamental behavior of the market is the same as it used to be.

Robert Frey concludes that big market moves are driven by herd behavior i.e. mass psychology and not by any change of fundamentals. Big market moves are called long tail events in statistics and they are rare. Rare, but with huge consequences, when they happen these events can drastically change our (financial) lives.

Many advisors and industry experts claim that financial markets are efficient, but history has proven them wrong many times during those rare events. The markets are fairly efficient most of the time but can change course on a dime when investor’s sentiment changes. Two hundred years of market behavior tells us the sting really lays in the long tail events. If you can get those long tail events right you are truly a sustainable investor.

The big wave, which rides in between the long tails, is here to enjoy, but should not be confused with an investor’s lullaby…