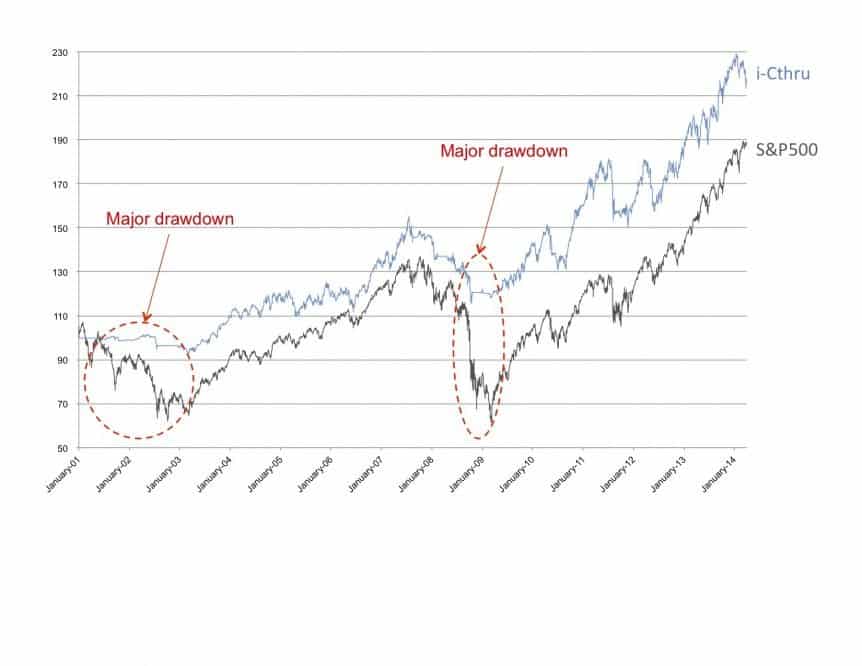 i-Cthru’s consolidated time-weighted return over Q3 2018 is USD 1.93%; EUR 2.62%. This result is unleveraged, net of all trading costs, fees, dividend-tax withholding for non-US clients, and cost of protection of individual portfolio holdings.

“Time waits for no one” – it is such a simple fact, but sometimes so complicated to comprehend. Everything we do seems to have an element of time in it and it is always humming along, unstoppable, uncontrollable and always moving forward with its atomic precision. But, we also know time is relative, as proven by Einstein, and subjective because a minute spent in front of a traffic light when we are late feels quite different than a minute sound asleep. In Asia they know time better. They even have a term for its relativity: “flexible” or “rubber time”.

Having said this, we see red flags waving at us:

You know, debt is fine as long as it can be serviced (paid for), but we know it is the consumers who ultimately carry the debt service on their shoulders. Consumers pay for the majority of all taxes, which service all the public debt (corporate taxes are just 9% of total tax revenues); Consumers pay monthly mortgage payments, their student loans and their monthly car loans. We are watching total debt and consumer delinquency rates closely as lending rates continue to go up. We all better keep our jobs. Otherwise, who else is going to pay?

So yes – where were we? What do we do with all those waving red flags? Well, for one we have (re)read our history books and concluded, time and again, that there hardly is a consistent trigger to predict a sharp fall of the stock market. Liquidity in the markets is like oxygen to men: when it is gone, it is too late. At this point in the cycle, we can only increase our prudence and we are working with our clients to review their cash positions as we move into the next phase of the bull market. By doing so, we also want to create, through holding cash, a natural option to buy at cheaper levels when there is a sharp correction.

Our strategy is designed not to overpay for our assets and to limit the impact of a sudden systemic negative event in the market. To see if that would have worked in the past, we backtested our strategy from 2001 until 2014. The initial results, although those of a backtested environment indicate we can sleep sounder.

What about green flags? Do we see any? Yes:

We, at i-Cthru, constantly try to stretch our notion of time. Investing over a longer time-horizon makes the outcome so much more predictable. Long-term horizons have a tendency to clean and filter out all the short-term fluctuations. Then, the upward path becomes very clear to us. At i-Cthru, we try to think in blocks of ten years: this way it is a lot easier to comprehend time. We strongly believe you will be much more likely to achieve your investment objectives if you know what to expect along the long way.

Your own psychology and ability to handle the short-term emotional ups and downs of investing are likely to be important determinants of your long-run investment success.

Thank you for your trust. It means a lot to us.